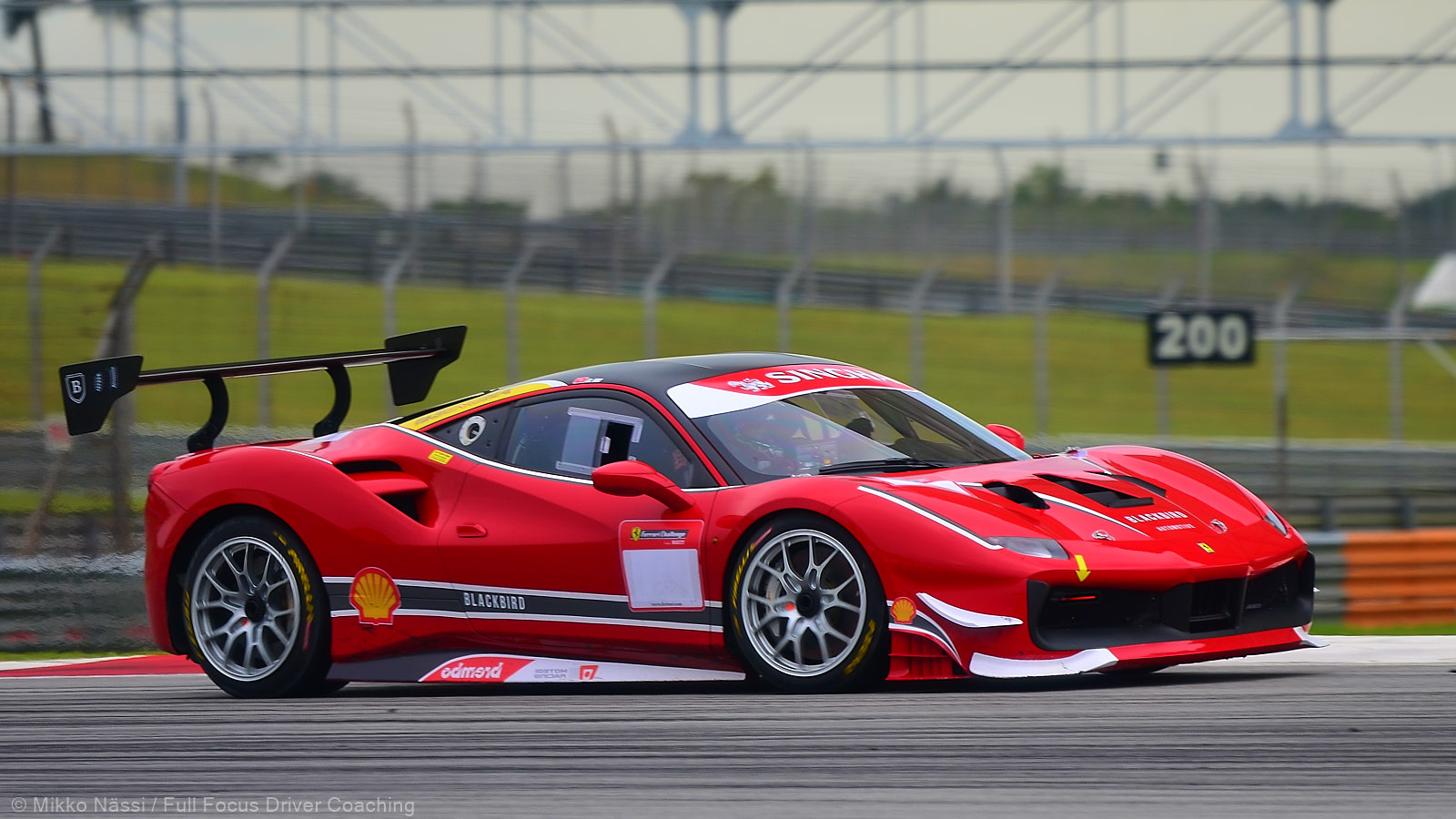 You might have heard or read a lot about advice on the appropriate point in a corner to get on the throttle.  Some of the advice may include “At the apex”, “before the apex”, “as soon as possible”, or “immediately after turning-in”.  All could be correct depending on the corner, car, and conditions.

My personal favorite tip is to “Get on the throttle when you know that you can start unwinding the steering wheel” – but even that isn’t advice that can be applied to all corners and situations.

I prefer that drivers learn to recognize when they’re getting on the throttle too early or too late, and then adjust from there. This way they don’t need to rely on their coach or other drivers to point out throttle points (which will vary even for the same corner from lap to lap based on various factors such as slight variance in entry speeds).

So how do you know if you’re getting on the throttle too early?

The key is paying close attention to what happens after you get back on the throttle. Are you running out of road on the exit and/or need to add steering input? Does the car start understeering a lot on the exit or does it snap into oversteer? Do you feel like you’re forced to wait a long time to get to full throttle? All are signs of getting on the throttle too early.

Do note however that entering a corner far too slow with a very late turn-in could result in a trouble-free exit exhibiting almost none of the above issues. But at that point it should be quite obvious that the car is well under the limit.

A similar rule applies for realising when you’re getting on the throttle too late. Pay attention to how the car is handling and what you’re able to do with it. Are you leaving a lot of track on the edge of the track unused at the exit? You probably could have stepped on the gas harder, and/or earlier.

A note on early throttle application in Karting:

The early throttle bad habit is unfortunately very easily disguised in karting because of the solid rear axle. By taking a slower entry with a later, but more aggressive turn-in, the inside-rear tyre lifts very quickly, and sets back down just as quickly. When the driver gets on the throttle with both rear tyres firm on the ground, there’s a lot of rear grip which prevents obvious oversteer moments. The driver might feel like everything is ok, and to a mechanic/dad everything might look quite ok.

The kart will however very likely be “bogging down.” There is so much rear grip that the engine struggles to generate enough power to break traction. Rather than an obvious slide it’s a more subtle dull sound from the engine.

The good news is that if you make yourself aware of the “bogging down” sound, you’re on your way to becoming much better at noticing driving and kart setup issues.

For more on why getting on the throttle too early can actually be a really bad thing, check out the slow-in, fast-out article which outlines some of the bad habits it can create.