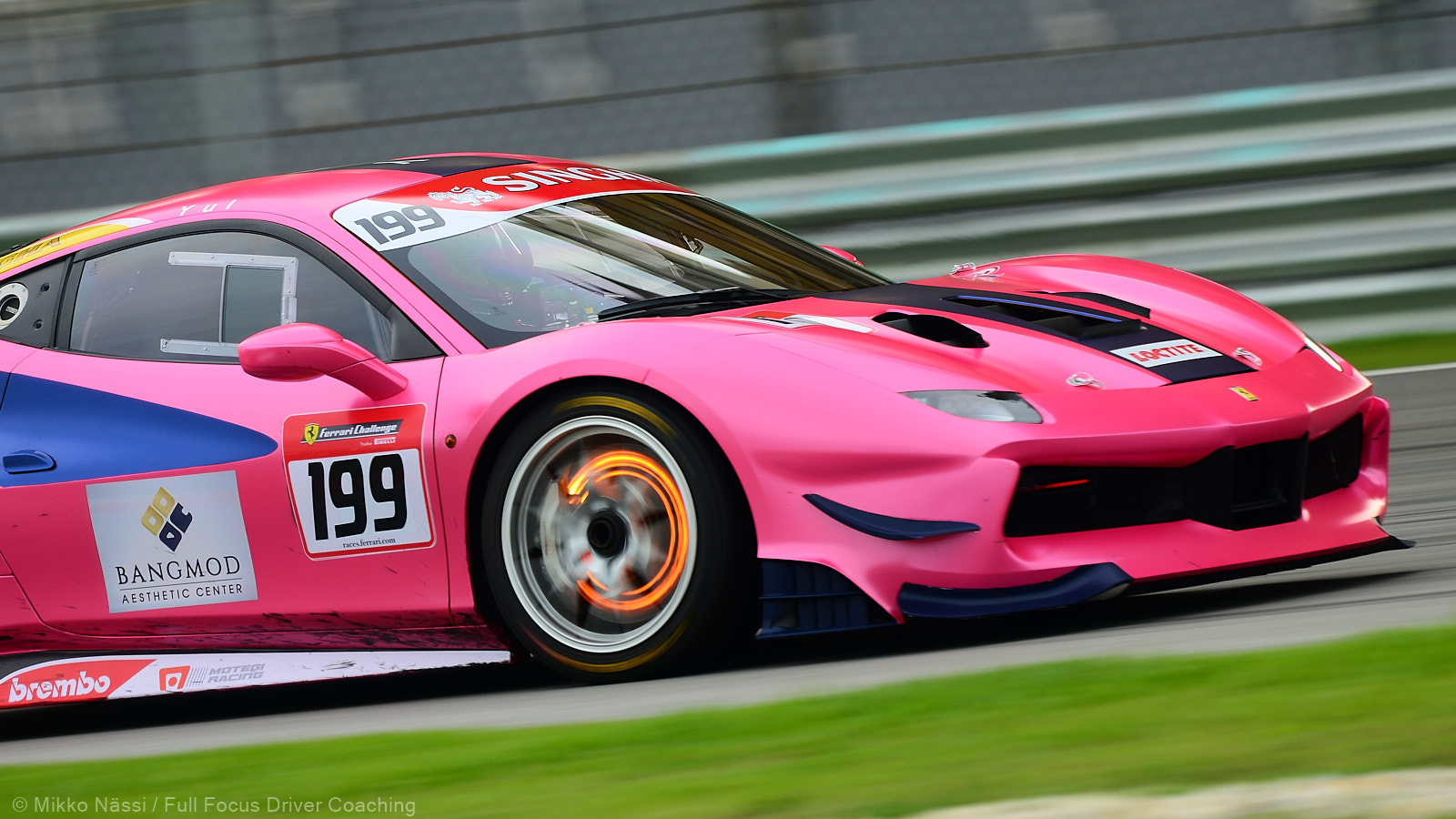 Slow-in, Fast-out, is advice that is often given to many new or inexperienced drivers. “Exit speed is most important. Enter the corner slow and get on the throttle as early as possible.”

Unfortunately this seemingly harmless bit of advice has the potential to create an insane amount of bad habits, especially when a lot of emphasis is placed on early throttle application.

In order to get on the throttle (too) early, a driver is forced to make compromises and fix it with poor technique. In the corner entry-phase this includes things such as braking too early and taking a later than ideal turn-in. At the mid-corner and exit phase fixing the early throttle might require doing things such as scrubbing off speed with the front tyres or being very patient getting on the throttle.

If given the choice between two evils, is it worse to enter corners too slow or too fast?

While every driver is different, I’ve found that drivers that have created a habit of entering corners too fast generally adapt much faster to slowing things down slightly, than the opposite case.

Entering corners too fast is typically ok because most drivers can only really enter corners slightly too fast. Way too fast means you’re missing the corner entirely or ending up in the grass/gravel/runoff, and it’s quite obvious to anyone including the driver that a mistake was made. As a result drivers that enter corners too fast typically only need to learn to brake slightly earlier and they’re well on their way to big improvements.

A driver that has learned to enter corners too slow for a “fast-out” has usually developed the earlier mentioned bad habits to such a great extent that they take a lot of focused practice to change. On top of that they also need to overcome the fear of entering corners faster.

Thankfully this isn’t the first time that this bad advice has been pointed out. I do still occasionally hear my coaching clients mention that they’ve received the “slow-in, fast-out” advice – with the associated bad habits developed to an annoyingly advanced stage.

It’s worth noting that often this discussion/debate can also simply be a matter of magnitude or relative terms. If a driver is consistently entering corners too fast, advising them to go slower in, so that they can exit faster, can definitely be sound advice. Often the advice is very situation-specific, and can also simply be due to time constraints (a proper explanation of cornering technique takes a lot longer than 4 words).

It is however important to be aware that first on the throttle rarely equals fastest on the track.