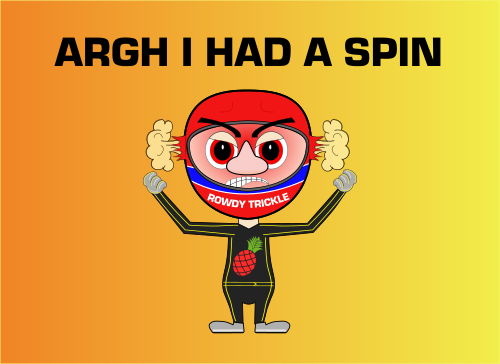 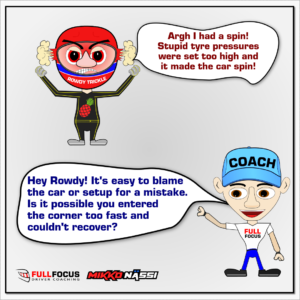 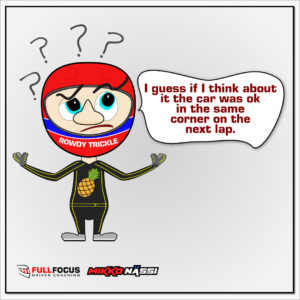 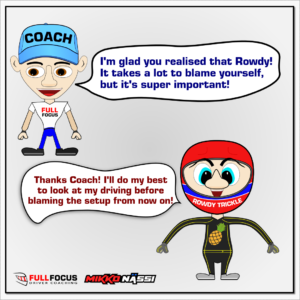 Rowdy was understandably upset after spinning out from a podium position! Should the anger have been directed at the car setup though, or perhaps his driving?

If the tyre pressures were set wrong the car could start handling a bit poorly too early in a race, but that shouldn’t be anything that the driver can’t adapt to. Drive a bit smoother, and take it a bit easier in areas where the car has started sliding around.

On test days with issues that are happening on track it’s important to consider that it’s far too easy to start chasing setup and waste a lot of time, when a quick look at driving technique could be all that’s required.  There can be many reasons for a spin that are created entirely by the driver.

Let’s look at just a few driving errors that could create a spin:

This was the first strip of Rowdy and  Coach! I had fun creating the characters. What will Rowdy get up to next?